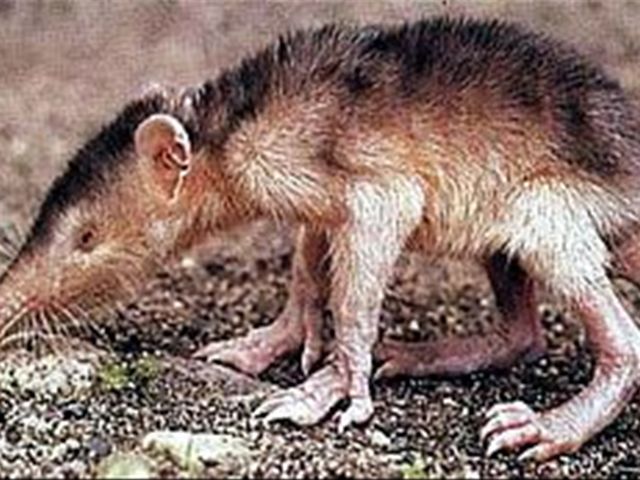 Puerto Plata, Dominican Republic.- (UPDATE) Officials from varias agencies on Tuesday conducted a sweep at La Jaiba, where they rescued the solenodonte, a protected species, captured by a local man.

FILE.-A local man on Monday refused to turn over to authorities a solenodonte found several days ago in a wooded area of the village La Jaiba, La Isabela, Puerto Plata.

After being captured the animal was placed in a cardboard box tied with a rope, according to residents quoted by outlet diario.do.

They said the man who found the animal was about to hand it over to authorities, but a police agent told him to take it to the beach to sell instead.

“Don’t be a sap, a–hole, take that animal to the beach where you can get up 10 or 20,000 pesos for it," the policeman told the man who caught the strange animal.