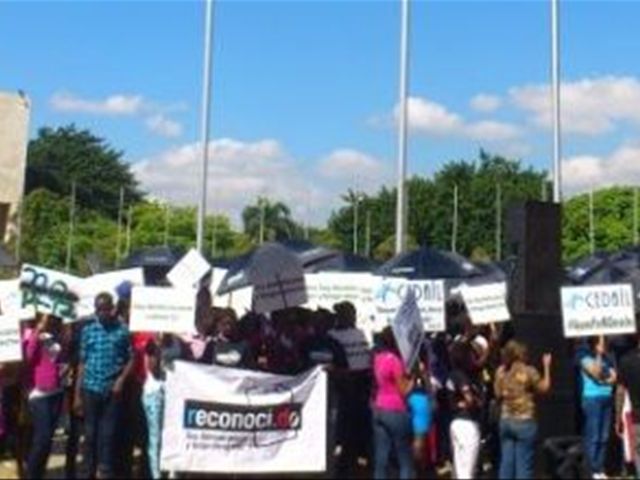 Santo Domingo.- Time is short and pressure from within and abroad bears on president Danilo Medina to submit legislation for a special law to naturalize foreigners, which must comply with the Constitutional Court ruling and at the same time provide a humanitarian solution to the thousands of offspring of undocumented Haitians .

Local and foreign organizations and various governments press the country over the content of the potential bill, while the country’s diplomatic policy at stake with the future law.

The issue also poses a challenge to Medina’s high popularity and could signal the end of the honeymoon with the country’s public opinion during his 18 months in office.

On Wednesday Medina said he’s in consultation with various sectors and made a promise: "The country will have at least the proposal in the coming days. We’re consulting with sectors, because we have a ruling to abide by, but we’re going to find the most suitable way possible so we can get out of this situation."

Caricom and the UN Haiti Stabilization Mission (Minustah) began to publicly press on the issue Thursday.

Minustah director Sandra Honore complained that the Dominican Government, "At this stage, Dominicans have not provided information on the status of the naturalization law," as Medina pledged to submit to Congress on February 27 .

Medina had included the topic in his State of the Nation speech to announce that, "along with a package of laws, the bill for the Naturalization Act will also be submitted in the next few days."

He said it was a pledge made to agencies such as the UN, the European Union and several Governments.