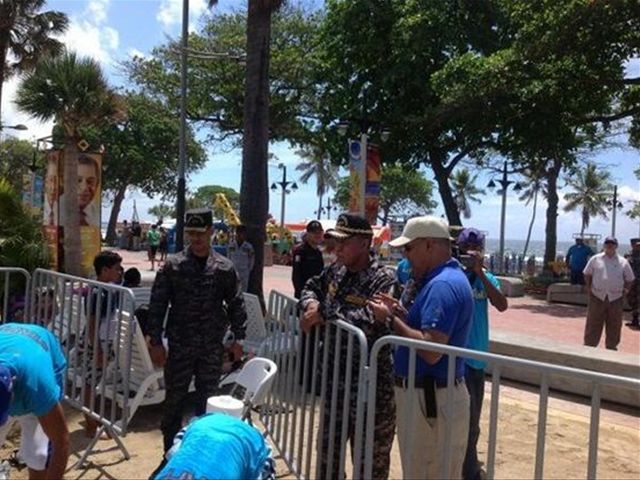 During the tour, Castro spoke with Municipal police chief Roberto Almanzar and journalists who were present at the time of the visit. Castro instructed the Police Antinarcotics Department (DICAN) agents about police actions during the Easter holiday.

Despite being criticized for building a temporary artificial beach amid a drought, Roberto Salcedo said Wednesday that water for the pools would come from underground reservoirs his office uses.