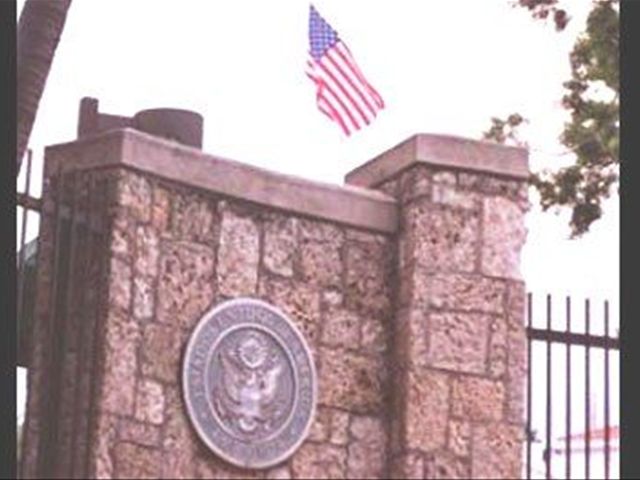 The Marines lowered the flag of the United States after waving during 75 years, to be raised at the new facility in the sector Arroyo Hondo.

Brewster said each space in the embassy grounds has a wonderful story to tell about its 75 years.

"This building has been iconic in the area of Gazcue, being the backdrop of multiple and transcendent activities of national life. For us it represents the end of an era, but I assure you that we’ll have new stories to tell. From our new offices, will have the opportunity to further strengthen the bonds of friendship that unite our two great nations," the diplomat said.