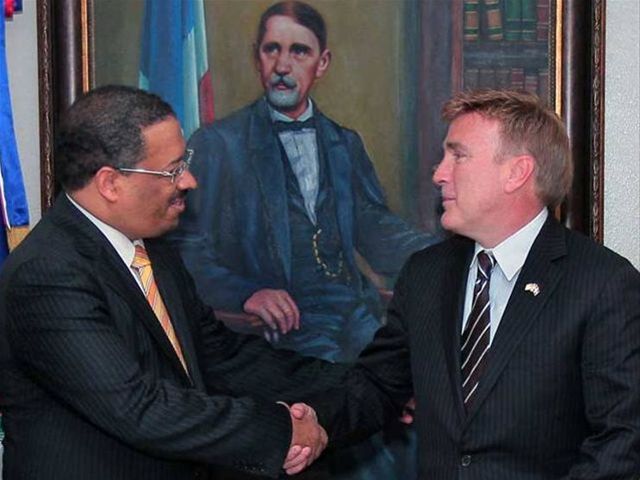 Santo Domingo.- Central Electoral Board (JCE) president Roberto Rosario on Thursday said U.S. Ambassador James Brewster’s statement on the Dominican Republic’s system of political parties isn’t that of an envoy who respects the institutional order and shouldn’t be a diplomat’s behavior.

He said the comment by Washington’s revisits the belief that the Dominican State’s powers aren’t based on the institutions that created the Constitution, but on certain diplomatic missions instead.

"Only this explains that an Ambassador believes that he’s within his right to assess a country or say what type of political system it must have and dictate policy," the official said, quoted by eldia.com.do.

"It seems that the US Ambassador was misinformed and poorly oriented to issue a statement of that kind," he said.

In an email to DT on Thursday, the U.S. Embassy clarified that Brewster didn’t criticize the fact that one political party holds such political power, and that he favors the co-existence of several political forces instead.