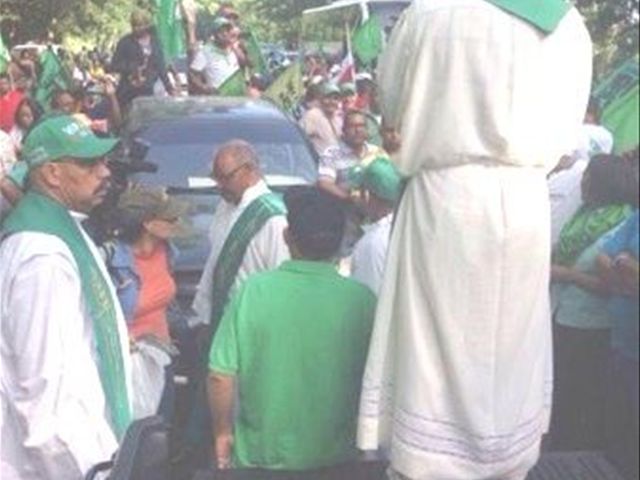 The walk began at the San Francisco exit on the Duarte highway and is scheduled to conclude at the National Palace, guarded by dozens of police equipped with tear gas canisters.