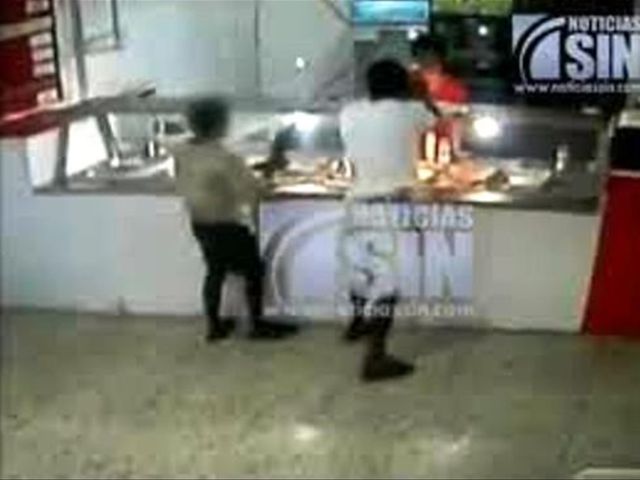 La Romana, Dominican Republic.- Two boys, 9 and 12, were caught on camera robbing a Chinese eatery at gunpoint in the city of La Romana (east) early Wednesday.

Local media report that the boys, whose names cannot be divulged, drew their guns and forced one of the cafeteria’s owners to hand over the money in the cash register.

Noticiassin.com reports that the older boy fled, but the 9-year old was caught in the act and handed over to authorities.

The boys are the youngest ever perpetrators of a robbery in Dominican Republic history.