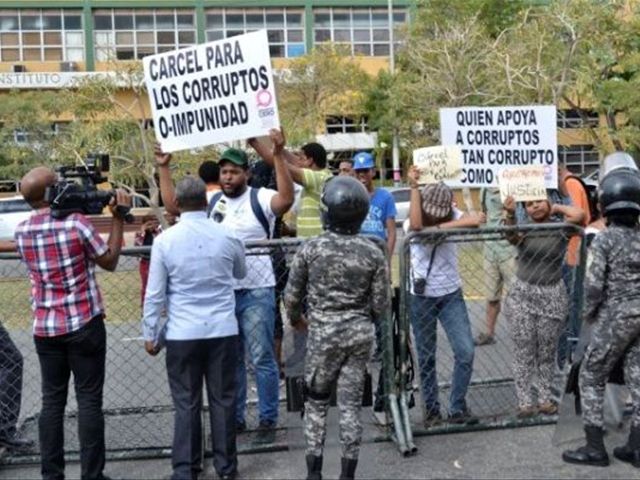 Santo Domingo.- "Felix the Cat to Najayo!," "Jail for the corrupt" and "Zero impunity!" are some of the chants voiced by groups of protesters picketing the Supreme Court on Friday, while a judge reportedly for acquittal in the embezzlement case against ruling PLD party senator Felix Bautista.

Instruction judge Alejandro is expected to rule on whether to acquit or order Bautista and six codefendants to stand trial on corruption and money laundering charges filed by Justice minister Francisco Dominguez .

Next to the area cordoned off by dozens of National Police agents, members of the Primero Justicia (Justice First) Foundation and Se Puede (We Can) movement, coordinated by radical priest Rogelio Cruz, wave banners and posters to demand an end to impunity. "Enough of corruption, enough of impunity," "Oh what a thief, big fat thief, little thief, fitly thief, thief, thief, thief!."

One group of protesters even carried a casket to the Supreme Court, claiming to gibe Dominican Justice a proper burial.