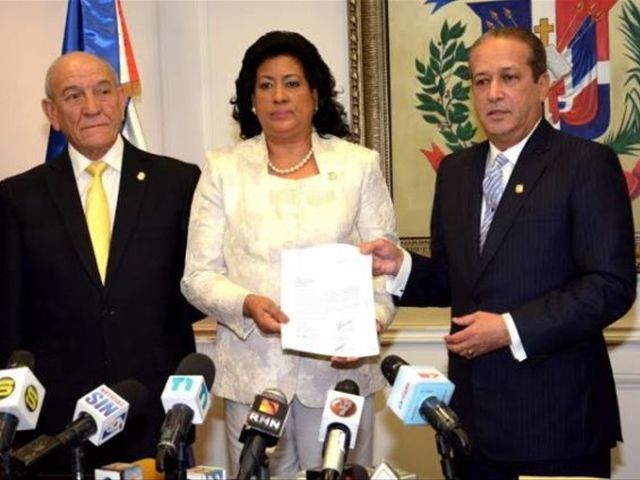 Santo Domingo.- A bill to reform the Constitution and pave the way for president Danilo Medina’s reelection bid was submitted to Congress Thursday, with the signature of 13 senators of Dominican Republic’s ruling party, PLD.

The proposed legislation seeks to convene the National Assembly and amend Article 124 of the Constitution.

National District senator and PLD general secretary Reinaldo Pared and the senators handed the bill to Senate president Cristina Lizardo, who was asked to submit it for debate in the upper chamber.