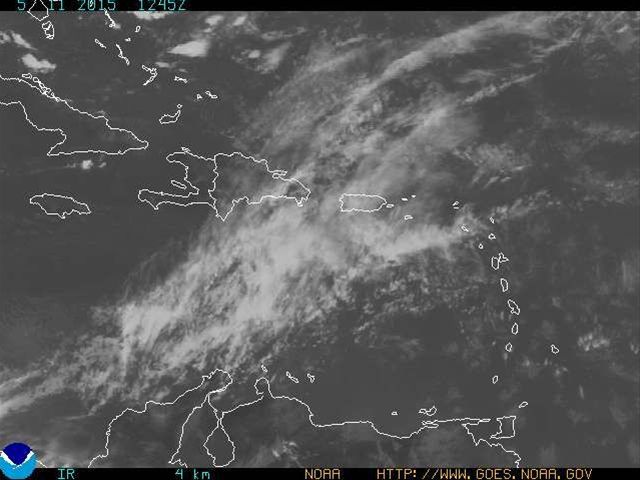 Santo Domingo.- A trough over eastern Cuba during the next 48 hours could bring scattered showers with thunderstorm to Dominican Republic Monday afternoon and early evening.

The National Weather Office forecasts widely scattered showers for the Southeast and Southwest until Wednesday, when the trough will dissipate late afternoon.

Despite some rainfall over many parts of the country, ONAMET recommends authorities and the population to keep a close watch over wooded areas.