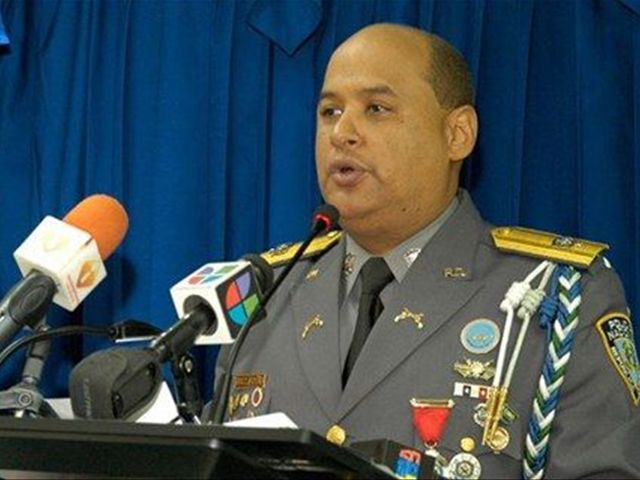 Santo Domingo.- The PoliceCouncil on Wednesday recommended to the Executive Branch the forced retirementand cancellation of nine police officers, including a colonel for the allegedtheft of 370,000 euros at Las Americas International brought by a woman fromEurope to the country.

The Police said the night of May 26 thecameras recorded the interception by several police officers on a pickup of Peña´sSUV on the Las Americas highway.

FILE.- TheNational Police on Wednesday announced the arrest of nine officers and senorofficers on the alleged theft of 800,000 euros from a woman identified as Maria Peña.

National Police spokesman Maximo Baez Aybar said the nine members have been interrogated by Police InternalAffairs, and are “now under the control of the justice Ministry.

“The action of the officialswas observed in a system of security cameras, the images corroborate the theft,”Baez said on Colorvision Channel 9.

He said he didn’t specifythe whereabouts of the money because “it´s part of an ongoing investigation.”