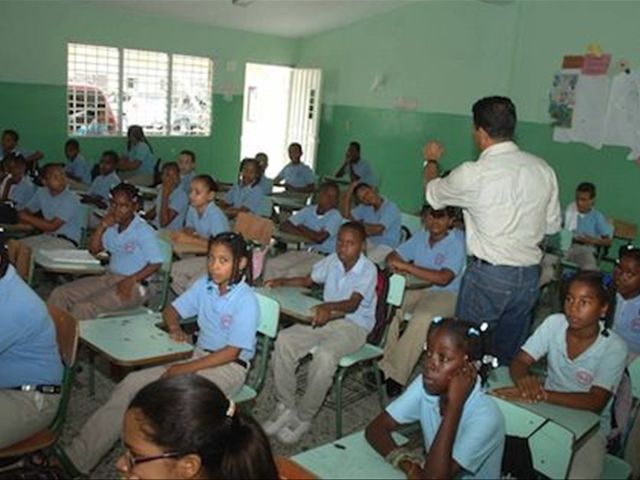 Santo Domingo.- In contrast with previous years, more than 85% of public schoolstudents turned out for the first day of the new school year yesterday.

Teacher attendance at most schools was 100% and morale among bothstudents and their teachers was reported to be high.

At the Nuestra Señora del Carmen high school in the Santo Domingoneighborhood of Gazcue, 375 students attended from a total 400 registered. Theywere welcomed with songs from US Marines and the Good Samaritan Foundation ofCalifornia, which donated shoes.

Nonetheless, there are caseswere some parents have not been able to register their children because some schoolsare oversubscribed with 42 students per classroom when the maximum should be35.

The principal of República Dominicana School, Mildred Feliú, called onparents to be patient while they find a way of accommodating all students.

“Many parents think that the extended day is a place for shelter, notfor competition and learning; people do not understand that there has to bequality”, declared Feliú; adding that attendance at her school had been 95%.

Policarpio Sánchez, principal of the Fidel Ferrer School, has had tofind inventive ways to cover the afternoon workshop timetable. The school in LaFe was attended by 541 out of 600 students, who were given their schoolbreakfasts and lunches, despite the school not having a cafeteria, which isalso the case at the Manolo Tavárez Justo school in Villas Agrícolas.

At the Santa Teresa de Jesús School in the Zona Universitaria, 504 outof 740 students attended. The principal, María Tavárez, said that they stillneed more classrooms in order to implement the extended school day.