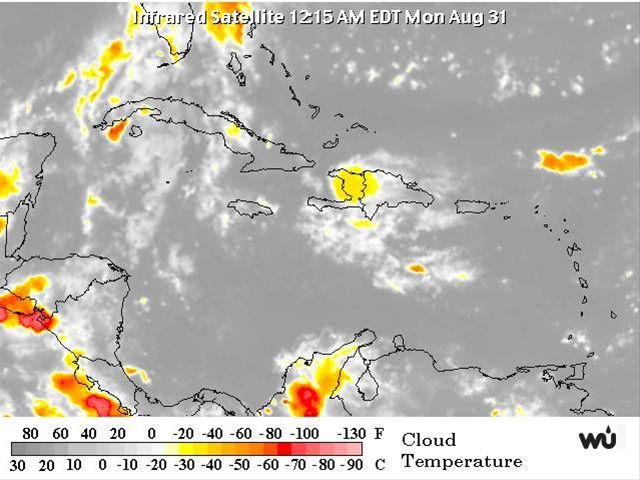 Tuesday may see thunderstorms along the Caribbean coast, and in LosHaitises and the southwest, which could also extend to other parts of thecountry and to the border region.

ONAMET informs that they are monitoringthe development of hurricane Fred, which is located 100km northeast of Praia, the capital of Cape Verde, with maximum sustained windsof 130 kph and moving northwestwards at a speed of 19 kph.