Leading journalist gets death threats, but ´won’t shut my mouth´ 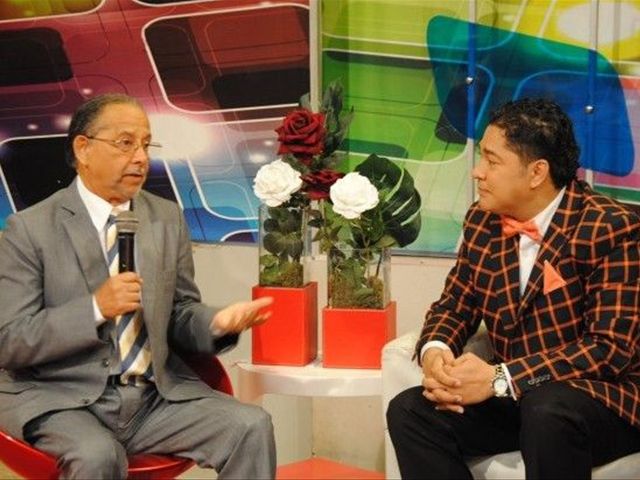 Santo Domingo.-Prominent journalist and TV producer Luis Eduardo (Huchi) Lora on Sunday saidit has recently been the target of deaththreats and warned they "won’t shut my mouth."

The host of El Diaprogram on Telesistema Channel 11 said he´s unarmed and urged those who want to actagainst him do so, because "we´ll all die someday anyway."

"I´ve been threatenedfor a long time but recently some who boast of being extremists have threatenedto kill me, I have no problems in that regard I’m alone, I’m unarmed, I’m not aman of weapons, then they can do what they want do it anyway, we all diesomeday, but what I will not do is shut my mouth," said Lora, interviewedby Frederick Martinez “Pacha" togetherwith a group of journalists on ColorVision Channel 9.

"There arepeople who made threats and who kept four million leaflets seeking todiscredit, four million full color duplex. Spend that money is because you wantto achieve at all costs the silence of someone, well there’s only one way tosilence a person who does not carry a lot of claims that he wants to do hisjob, I want to do in this regard If risk coming risks and it is unfortunate butnot for the journalist to society, " Lora said.

"If there were realand absolute (press) freedom journalism shouldnot be risky but it is, because look carefully when it comes to shutting the mouthof the press many might think that journalists have a certain problem because someonewants to silence them. No, it´s you the citizen who has the problem, becausewhen they seek to shut a journalist´s mouth what the do is shutting your eyesand ears, they don’t want It that communicator to reveal truths to you, then theaggression isn’t just against the press the attack on the entire society,"Lora said in a statement by the television producer.