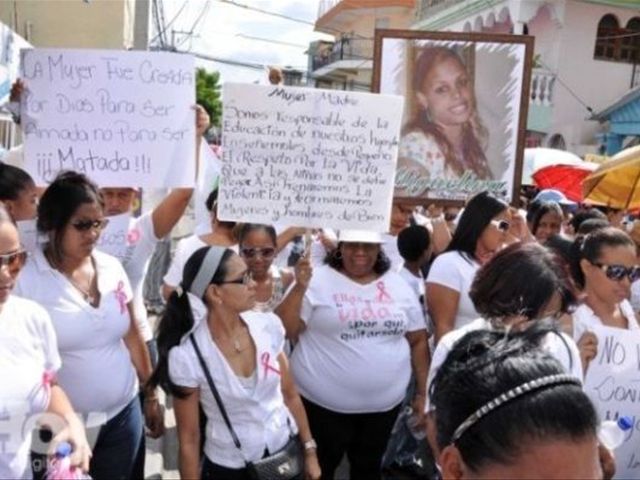 Santiago.- Dozens ofwomen of all ages accompanied by many men gathered in front of the government buildingat Duarte Park, Wednesday morning, to rebuke violence and discrimination.

To mark the 55thanniversary of the murder of the Mirabal sisters and International Day for theElimination of Violence Against Women, a peaceful protest was convened todemand policies to reduce femicides and other forms of violence against women.

With pickets demandingjustice and stating "he who loves doesn’t kill," the throng of womenand men gathered at downtown’s historic center, organized by the Cibao Women Coordinator,the Women Support Center, the Hermanas Mirabal Movement and other for genderequality organizations.

As part of the event theprotesters read a document slamming court rulings favoring the confessed killersof women, such as Elias Luis Diaz, who allegedly murdered Ambar Tania Tejada andYanelis Maria Rodriguez Morel, a case that was appealed and followed-up to preventthe accused from making a mockery of their families and society.