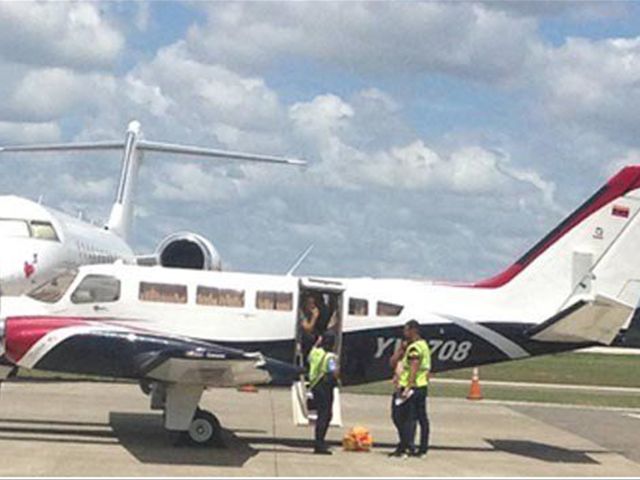 Santo Domingo.- Dominican Republic’s Foreign Ministry on Tuesdaydenied that a diplomatic mission from Venezuela came to the country “to pressfor the release of five citizens of the South American nation, linked by thecountry’s Justice to the stash of 359 kilos of cocaine."

The official’s statement comes in the heels of a report by Miaminewspaper El Nuevo Herald, affirming that, "prior to handing down therelease ruling, Nicolas Maduro, president of Venezuela, sent a diplomaticmission to the Dominican Republic to press for the release of all thoseinvolved in the drugs case."

"We have not received, directly or indirectly, anyrequest from the government on the case of Venezuelan prisoners," Medinasaid, quoted by phone by acento.com.do. “That information on the presence of ahigh level delegation of Venezuelan diplomats in the country is not true."

"The pressures exerted by Venezuelan President NicolasMaduro would have been the reason why the judge issued the order o release theaccused," El Nuevo Herald report.