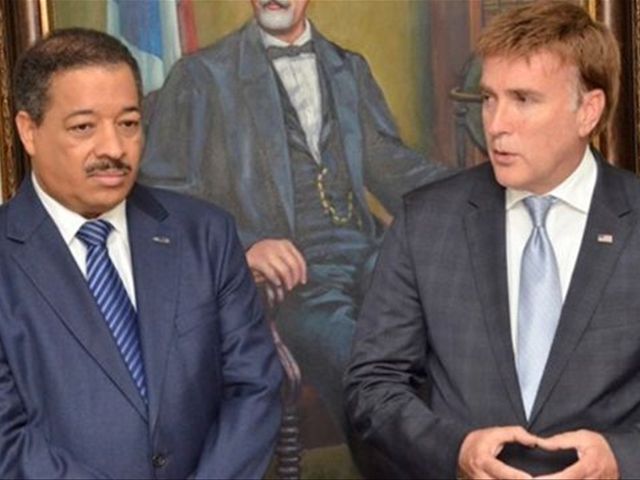 Santo Domingo.- Central Electoral Board (JCE) president RobertoRosario revealed Monday that the USembassy pressured him and even threatened to cancel his American visa.

Speaking to reporters, Rosario said the situation "certainlyoccurred," but described it as "normal."

"He (US ambassador James W. Brewster), doing his work asambassador, and I as president of the JCE," the official said.

The revelation comes just four days after US State Dept.deputy secretary for Hemispheric Affairs, Jose Gonzalez, visited the JCE, reportedlyto press Rosario to accept American observers during the polling on May 15,prompting some sectors to call the senior US official’s activity, foreignmeddling.

Rosario reiterated that foreign diplomats can be creditedas guests, not as election observers.

"They were informed that they would be allowed accessto all polling stations, they represent states and every time they give anopinion it’s presumably issued by the state they represent. Any report thatthey have to make they should refer it to their State or the Foreign Minister."