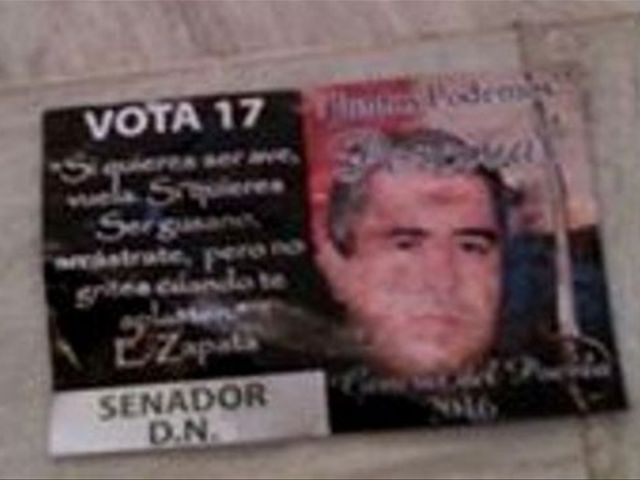 The IDAC said Peña violated aviation laws by flying over a restrictedairspace in a “deliberate and avowed electoral purpose.”

The IDAC’s statement issued late Tuesday responded to mediarequests for a reaction by the national aviation agency.