OAS says sorry to Dominican Republic; will the US follow 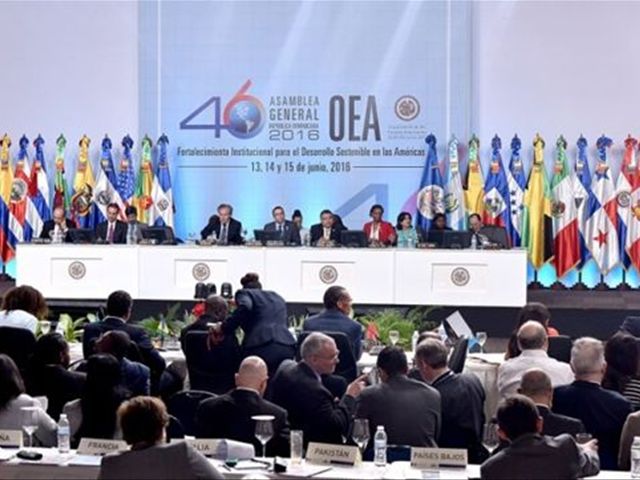 Santo Domingo.- The Organization of American States(OAS) settled a “historic grievance”with the Dominican Republic on Wednesday when it’s member nations voted topublicly apologize for approving the military occupation of the country duringthe Revolution of April 1965.

The declaration of mea culpa paves the way for the UnitedStates to follow suit for sending more than 40,000 marines during theAdministration of Lyndon B. Johnson, to squash the uprising that sought thereturn of the Constitutional government. Thousands of Dominicans lost theirlife during the weeks of battles that followed.

The OAS Declaration approved by all of its 34 membercountries at the Foreign Ministry responds to Dominican president DaniloMedina’s request made during the conclave’s inaugural on Monday, and theinsistent Op-Eds by El Dia newspaper editor-in-chief Rafael Molina Morillo.

“I reiterate our profound appreciation for this acknowledgement,the Dominican people have waited 51 years for this apology. Every year weremember the events of 1965 with deep sadness,” said Dominican Foreign ministerAndres Navarro.