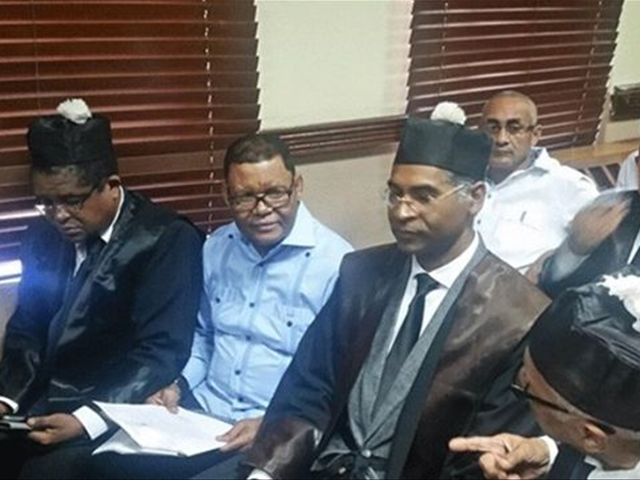 She said Elias Peña province senator Adriano Sanchez Roaand the other lawmakers didn’t even have the courtesy to ask to see the casefileto establish the prosecution’s case before offering themselves as guarantors.

"I had said do that they didn’t even have respect ofgoing to the prosecution and say let me see the file, if then they understandthat they are insufficient, form their own opinion, they could say that the people’saccusation is unfounded. I’s a serious accusation but it’s unfounded, but no,not even that," the prosecutor said.

Interviewed on Morning Focus on Channel 37, the official notedthat Quevedo’s and de los Santos’ case was the one which exploded the corrupt judgesscandal and whose process "has had it all, threats and intimidation,"but declined detailing the alleged threats. “I prefer not to dwell on thattopic."

Reynoso questioned that transport unions get up to 1.2 milliongallons of tax exempt fuel, whose ultimate beneficiaries aren’t known, wheninstitutions such as the Police and the Justice Ministry ends run out of fueland can’t carry out their most basic tasks. "To me this absolutely annoysme. In the case of the councilman, he had a station to sell fuel,"

She said dozens of truck and bus drivers have asked herabout the tax-free fuels, because they’ve never gotten any.

"Who gets it, what’s being done with the fuel coming fromthe taxes of the citizens?," she asked, adding that in the raids of Quevedo’sproperties, seized documents confirmed that journalists and police were on Unatrafin’spayroll.