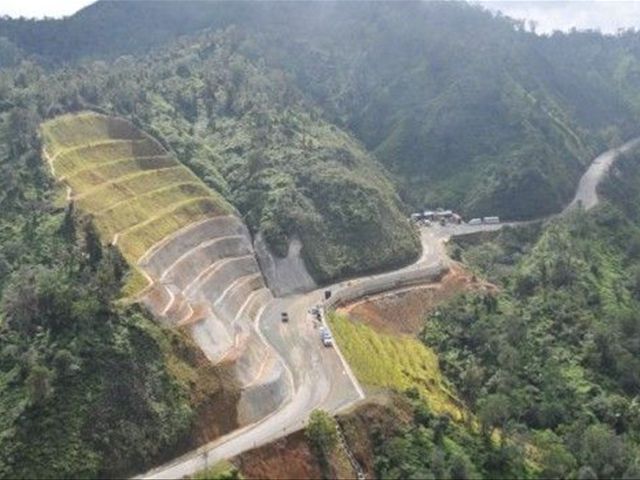 Santo Domingo.- One of the executives of theAntigua Overseas Bank (AOB), investigated for political and business corruptionin Brazil’s "Operation Lava Jato," offered the names of severalDominicans as people who handled accounts fed by the Odebrecht Group, whose president,Marcelo Odebrecht, was convicted of bribery in exchange for major contracts.

The revelation is the latest development in awidening scandal locally, which in addition to Odebrecht, figures Brazil planemaker Embraer, which allegedly bribed Dominican military and a lawmaker in the purchaseof eight Super Tucano aircraft for US$93.0 million.

Outlet diariolibre.com reports that a personidentified as the son-in-law of Public Works Minister Víctor Díaz Rúa, the lawyerConrado Pittaluga and Ángel Rondón are among those Dominicans.

"On June 24 of this year, bankingexecutive Marco Pereira de Sousa Bilinski, in a collaboration agreement withthe Federal Public Prosecutor’s Office in Curitiba, represented by the regionalattorney Orlando Martello, stated that he worked for AOB, based in Antigua,From 2006 to 2010, and was in the commercial area looking for customers for thebank in Brazil," the outlet reports.

It quotes Bilinski as saying that anacquaintance introduced him to Olivio Rodríguez Junior, who worked for Odebrecht,and that he indicated that he needed to open accounts for financial movementsof the company’s works abroad. "He maintains in his statement, whichDiario Libre had access to, that he visited the headquarters and some works ofthe company in Brazil, and requested information on projects abroad."

The declarant states that although heinitially thought that the purpose of opening an offshore was for tax planningpurposes, he later realized that the intention was "to eliminate thesource of money from the final recipient."

According to the document, Bilinski statedthat the accounts were always supplied with money from Odebrecht and not from itstrading partners. During his tenure in the bank he also traveled to threecountries to make contacts with people presented by Odebrecht, in this case, byLuiz Eduardo (Soares): Dominican Republic, Panama and Venezuela.

In the Dominican Republic in 2007 or 2008,the witness, at the request of Luiz Eduardo, made contact with ClaudioMedeiros, Odebrecht’s representative in the country, whom he defined as "apossible financial director" who in turn put in contact with the lawyerConrado Pittaluga. "He expressed his desire to open accounts to dobusiness, which were opened in the AOB on behalf of Newport Consulting LTD andAragon Business Consulting LTD, with Pittaluga as beneficiary."

"According to Bilinski’s statements, theaccounts were closed under the liquidation of the AOB and reopened in the MeinlBank Antigua. He says that, afterwards Conrado "indicated to Leonardo tobe beneficiary of the account jointly with him," the report continues.

"The declarant later learned thatLeonardo is married to a daughter of a former Minister of Public Works of thatcountry, named Victor Diaz Rúa," says the document.

Also in the country, Medeiros placed the witnesin contact with the Dominican Kelly Marius, who would have asked of him to openaccounts in favor of Angel Rondón Ridio, also Dominican, in the title of itscompanies: Conansa International and Lachan Corp. Bilinski says that Kelly peportedthat the purpose of these accounts was to move money from the real estateindustry.

"Both accounts were closed at AOB, andlater Lachan was reopened at Meinl Bank, and another company, with the samename as Conansa International, now an offshore, opened another account at thatbank, and continues: "As far as the respondent recalls, these accounts atMeinl Bank were fed with resources from Odebrecht’s operational accounts."

He also stated that on one occasion he metRondón at Odebrecht’s headquarters in the Dominican Republic and that, from thetime of the Meinl Bank, "he is almost certain that the two accounts weremoved by Kelly."

Diario Libre reports that another document,corresponding to the statement of Vinicius Veiga Borin, who is defined asOdebrecht’s offshore account operator in the "tips department",Angelina Rondón Marte is named as beneficiary, along with Ángel Rondón, in themanagement of the Conansa International account.

In fact, Bilinski in his declarations assuresthat Vinicius "was who made the movements of the accounts" and that,therefore, is the one that can give more details of the operations and themovements.

"Odebrecht is one of the maincontractors of the Dominican government and participates in the Punta Catalina coal-firedpower plant, whose US$656 million financing through Brazil’s State-ownedBNDESbank was suspended due to the Lava Jato probe.