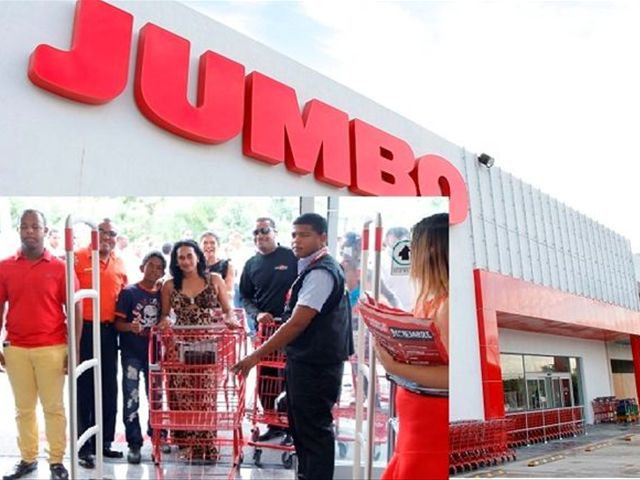 Higuey, Dominican Republic.- Jumbo Bávaroopened Saturday at Downtown Mall on Barceló Av., which took into account theneeds of the booming area, with a wide assortment of products that ensure goodquality at competitive prices.

As its tradition the group Centro Cuesta Nacional(CCN) didn’t spend money on ribbon-cutting ceremony and instead will donate the funds to inhabitantsof Puerto Plata province, an area most affected by the recent flooding.