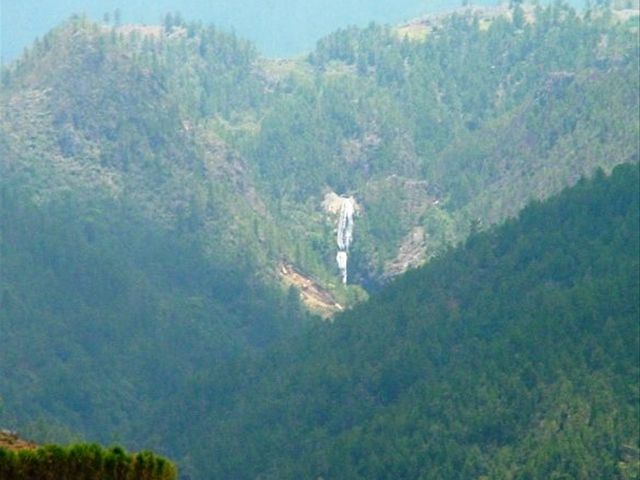 Santo Domingo.- Environment ministerFrancisco Domínguez on Wednesday warned the illegal farmers in Valle NuevoNational Park won’t have to be taken out, "we’ll simply not let them in"to the protected area, on which a group of priests said "blood willrun" if the authorities refuse to dialogue over the showdown.

"Many of them are millionaires, withhouses here and mansions there, we’re not talking about poor people," Domínguezsaid, and noted that around 4,000 Haitians work for the farmers inside thepark.

"Remember we don’t have to take anyoneout because they are not there," the official said.

"They live in the Anacaona, in ArroyoHondo, in Santiago … what we are going to do is to not let them in," theofficial said during the release of a study on Valle Nuevo which divides thesquatters into three groups according to hectares exploited

He said there are 237 small scale farms of upto 3 hectares. "Most of them live in Santo Domingo and Constanza, a smallgroup lives inside the park."

He said 58 medium level farmers exploit 3 to 6hectares. "They live in Constanza and Santo Domingo although one or twomay live inside the park."

Dominguezaffirmed that there are 75 large-scale farms on on over 6 hectares each, and 39whose area has yet to be determined.

The official said there will not be anyDominican whom might go hungry with their families as a result of the measure. "Ifwe have to find a solution with some of them, they can work with the Ministryin the reforestation programs, as long as they’re willing," the official said.

He vowed to respect the squatters’ humanrights but reiterated the January 15 deadline for the squatters to leave.

"It’s a work program that involves theeradication of extensive agriculture, a gradual restoration process that beganthree months ago and reaches its critical point at the end of January, whichwill be extend up to one year with the eradication of plant and invasive speciesor introduced animals."

When asked about reports that the measurewill harm around 20,000 families, the official said they are only 409. "Thatfigure of 20,000 families is an invention by big producers as a mechanism toprevent the plan from materializing."

"That’s the typical blackmail thatalways happens, especially from those who have the ability to spread them. Thisdeadline could’ve been five days or one day, the term of these months so thatthese people don’t lose the money in what’s already cultivated," Dominguezsaid in a press conference.

"The waters don’t belong to 4 or 5, theybelong to all of us as citizens of the Dominican Republic, without water you cannotlive," added the official.

"This is part of Valle Nuevo’s rescueplan, so our park manager can mobilize and resolve the big problems that are tocome in a little while," Bonetti said, adding that they’ll also cooperate toinstall the new access gates, which will be rady in January.