90 years ago: US occupation force lands on Dominican soil 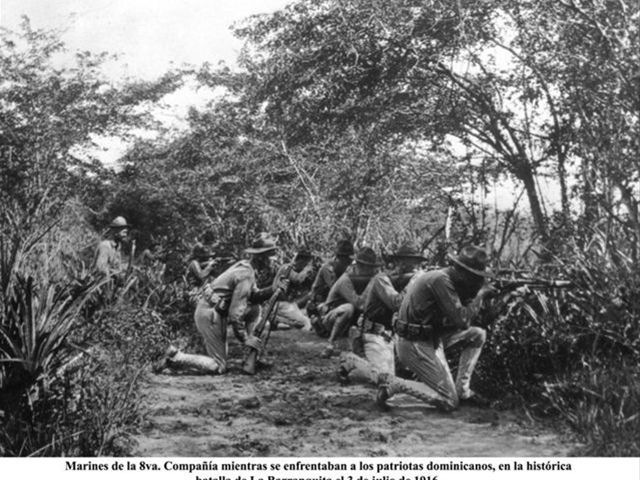 In 1924, on a day like today, December 27th,the U.S. military troops withdrew and returned to their homeland. They leftbehind a transformed country: from the physical infrastructure, a new sugarindustrial complex that rested on the cheapest, most accessible labor, to thepsychological selfhood of the Dominican people, now accustomed to new tastesand ruled by a new regime that enjoyed unconditional support from the U.S.government.

The withdrawal came as a result of a tirelessresistance effort in the Dominican Republic by people who fought to the teethwith palos y machetes. They confronted the colossus of the North, who had comewith modern weapons designed to kill many at once, in order to recuperate theirsovereignty as a people. That resistance was also present right here, in ourown New York City backyard, where men and women courageously demanded an end tothe abominable Occupation.

This resistance is the subject of ourforthcoming 2017 exhibit; one that captures the activism and involvement ofDominicans in the U.S., particularly in New York, who vigorously resisted theimposed Occupation. A team composed of Jhensen Ortiz, librarian specializing inU.S.-Dominican history, Ruth Lizardi, curator, specializing in Museum Studies,and Norma Guzman, an Art Historian, have been working on putting the exhibittogether.

The exhibit will commemorate the 100thanniversary of an act that should never have taken place; will remember men andwomen who risked all to fight against injustice and for a people’s right toself-determination on their own terms; and will remind children of all walks oflife that oppression always, always, unfailingly breeds resistance.

It is the mission of the CUNY DominicanStudies Institute to preserve the legacy of people of Dominican descent, in alltheir struggles and successes. The exhibit aims to keep that legacy alive inthe hearts and minds of everyone, particularly younger generations, both nowand in perpetuity.