All officials, starting with Medina ‘must ask forgiveness’ 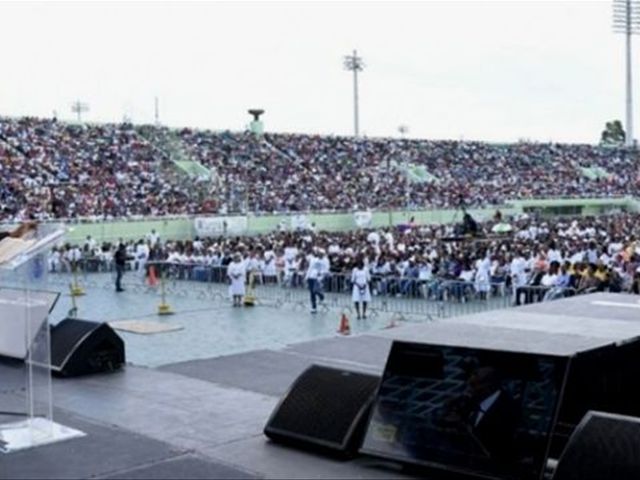 Santo Domingo.- Pastor Ezequiel Molina onSunday called for an end to the monopolies, corruption and legalized impunitythat he affirms covers the country, for which all government officials must askforgiveness, "starting with the President."

"We have to stop the monopolies becausethey suck the blood of the people, we have to acknowledge that they areexploitation and that exploitation is a sin," Molina said in the 53rdannual Evangelical gathering "Batalla de la Fe" (Battle of the Faith).

Among the monopolies the prelate included theelectricity sector "which increases the light bill when it wants to" andalso the health, pension and workplace risk managers (ARS, AFP and ARL),.

Government to ask for forgiveness

Preaching in the Olympic Center, Molina blamedthe rise of the country’s ills on "the collapse of values," such as faithand the formulas that sustain humanity.

He said to confront them, society mustacknowledge its sins and mistakes, and be reconciled with God and the Bible.

"They must ask forgiveness, thecongressmen, mayors, councilmen and every government official, starting withthe President, so that we will have an eventful year."