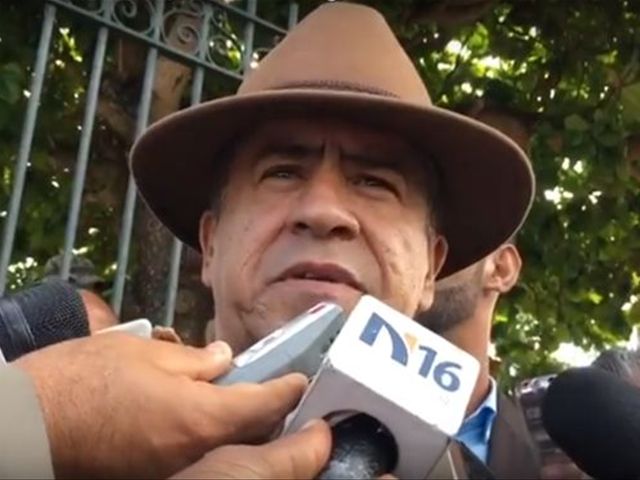 Santo Domingo.- Retired Gen. Rafael PercivalPeña on Monday asked president Medina to receive him "in aninterview" no later than the next five days because he must travel abroadto undergo to which he was brain surgery.

"I hold the head of state in high esteem,"Percival said reading a document in front of the National Palace where he wassurrounded by antiriot police.

Percival’s statement comes in the heels ofhis son being shot dead by police in a motel near Bonao (central), where he washoled up following a string of armored truck heists, one in which a securityguard was gunned down.