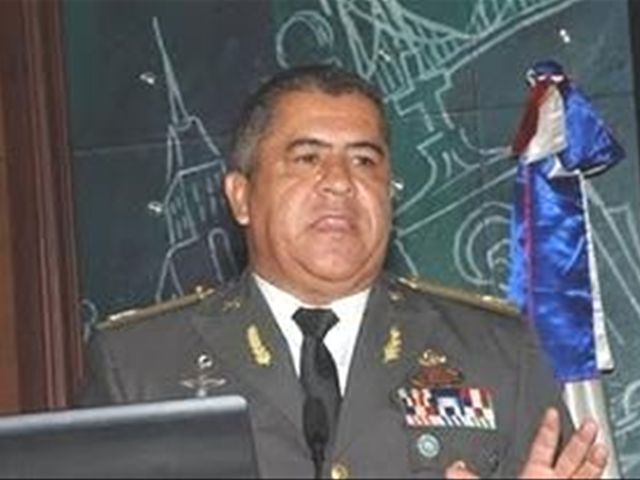 Santo Domingo.- The taped phone conversationsin which retired general Rafael Percival presumably alerts his son to"move" because he was "located" occurred a month apart;the first on November 1 and the other, on December 3, from the same number.

Journalist and TV producer Huchi Lora madethe revelation after analyzing the audios in which Percival purportedly talksto the mechanic Jaime Antonio Girón, who asks him to urged the "doctor,"his late son, John Percival, to "leave where he is and move."

Lora said the calls were made from aninternational number, and both Percival’s and the mechanic’s phones were recordedon bench warrants. "If John Percival Matos had been persuaded to surrenderwith the first phone call, he would be alive and not dead today."

Percival Matos was killed last week in ashootout with Police at a motel on the Duarte highway near Bonao (central). Hewas wanted since last September in connection with three armored truckrobberies. His alleged accomplice Brayan Peter Félix was arrested Tuesday night.