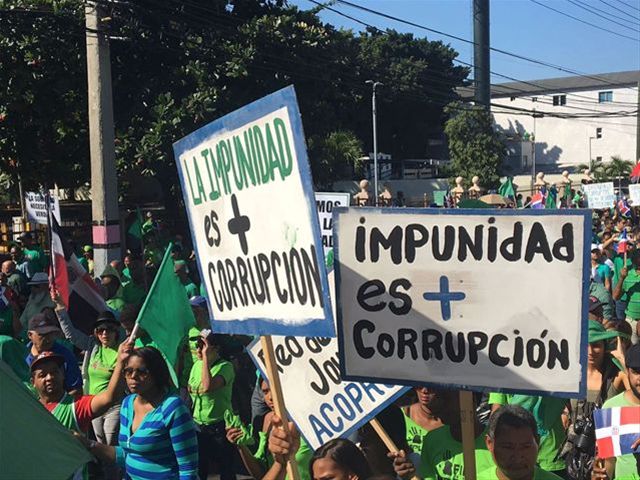 Santo Domingo.- The Institutionalism and JusticeFoundation (Finjus) on Monday said "the authorities’ political will toinvestigate and punish cases of corruption has not existed in the country,"and that concrete steps must be taken to ensure that impunity doesn’t becomethe norm, because it "would disrupt legal security and reach extremesituations of the disorder that threatens the population."

In a press release, Finjus said none of thefactors that have a negative impact on the growth of the perception of impunityis as relevant as the widespread belief that those responsible for crimes willfind a way out of the justice system, "wrapped in favors and in theprotection of the powerful who blatantly mock the law and justice."

It affirmed that it takes the concentratedeffort of all entities to surmount the "wave of indignation before it becomesuncontrollable."

"When the climate of impunity rules overa society, it is difficult to stop the discontent, the distrust and theuncertainty of the citizenship. These feelings are generally the prelude todiverse manifestations, which lead to resistance to comply with elementarysocial obligations, fostering violence, individual confrontation with socialproblems, opening a great gap between the State and citizenship. Little needsto be added so that legal security is disrupted and extreme situations lead tothe lack of control and institutional disorder that threatens us," thethink tank warns.

Yesterday tens of thousands of peopledemonstrated in a big march against impunity in cases of corruption, especiallyin the case of the US$92 million in bribes to officials from the Braziliancompany Odebrecht to secure public works contracts.