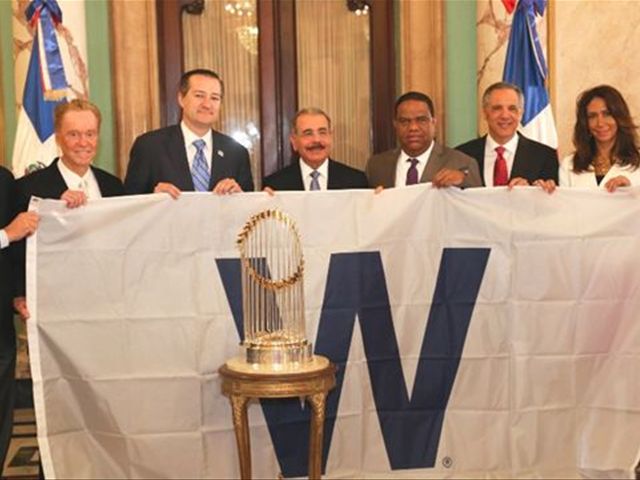 SD. Executivesof the world champions Chicago Cubs on Thursday visited president DaniloMedina, and took the opportunity to present him the trophy as World Series winners,a feat achieved after more than a century of disappointments.

Pedro Strop, afterthe meeting with the president, said Medina was satisfied with the gesture and eventold him that he’s a fan of Major Leagues Baseball’s champion team.