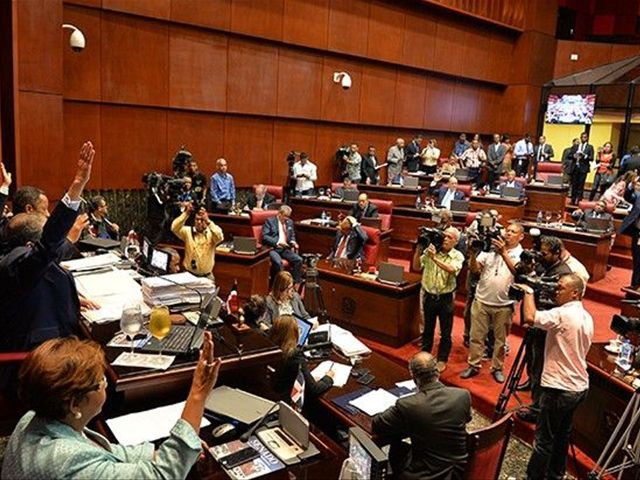 Santo Domingo.- The Senate has selected the new members of the Chamber of Accounts for the 2016-2020 term of office, designating Hugo Francisco Álvarez Pérez as its president. Pedro Antonio Ortiz Hernández will serve as vice president and Carlos Noé Tejada Díaz will be the secretary. Félix Álvarez Rivera and Pablo Domingo del Rosario were selected as ordinary members.

The new members of the Chamber of Accounts will be sworn in this Friday at 11:00 a.m. during a ceremony led by Senate vice president Dionis Sánchez.

The choice was made following a favorable report presented to the Senate plenary by
Tommy Galán, chairman of the Special Commission appointed to study the recommendations sent by the Chamber of Deputies.

A notable omission was Licelot Marte de Barrios, who wished to stay on as president of the Chamber and whose name was included in the shortlist sent to the Senate.

The Dominican Republic Chamber of Accounts is the State external supervision body responsible for auditing the use of public funds and monitoring the sworn asset declarations from public officials who are required to submit their statements within 30 days after taking on or leaving their posts.

It also audits or supervises the use of funds by Non-Governmental Organizations while the Comptroller is responsible for the internal monitoring of the institutions.

The selection received favorable votes from 26 of the 29 senators present at the session, with abstentions from senators José Ignacio Paliza and Santiago Zorrilla (PRM) and José Hazim Frappier (PRSC). Hazim Frappier says he abstained because the selection did not include representation from women.

Álvarez Pérez was the civil judge who celebrated the wedding between the late singer Michael Jackson and Lisa Marie Presley in the province of La Vega in 1994. He graduated in law from Santiago’s PUCMM University in 1977 and has served in a range of public posts, such as district attorney for the province of La Vega from 1979-1982.