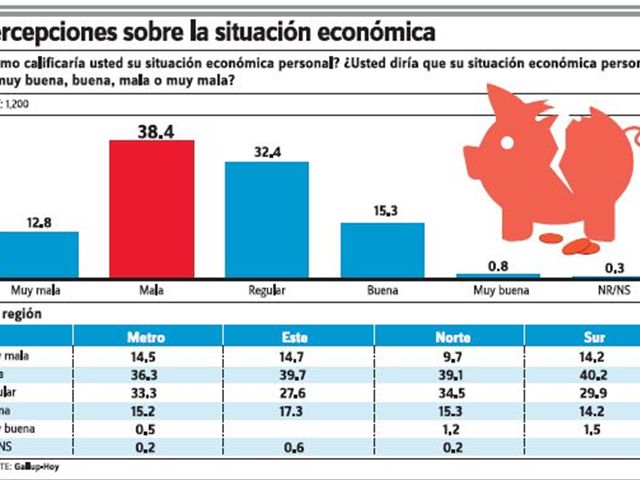 Santo Domingo.- Crime in general (74.1%), the lack of job opportunities (38.7%) and the inflation rate (38.14%) are the three leading problems that affect people living in the Dominican Republic, according to the most recent Gallup-HOY poll.

According to the perceptions of those surveyed, these problems are more serious than other ills like administrative corruption and impunity, power cuts, drug trafficking, decaying public services and domestic violence.

Regarding the future, 48% expect the economic situation to have worsened by the end of this government’s term of office, while 23.4% say it will be the same, and 21.2% expect it to be in better shape.