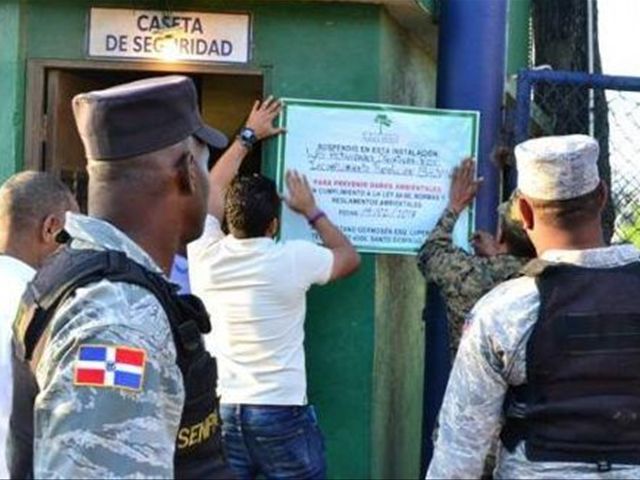 The company buys, gathers, ships and and processesscrap metal for export and guts steel-hull ships.

In a statement, Environment said it canceled thepermit because the company continued to gut ships within 30 meters from aprotected zone.

Also on Tuesday, Environment announced anevaluation on the potential impact of cat and devil fish, which attack native varietiesand damage floras in rivers, lagoons and other bodies of water in the Eastregion.

"The reproduction of Catfish, Clariasbatrachus, and Diablo or Limpiavidrios fish at the expense of the nativespecies is abundant in the bodies of waters of Higüey, La Romana, El Seibo,Hato Mayor and San Pedro de Macorís, where they have gradually eliminatednative species, known as guava, dajao, tilapia, shrimp, crab, poplar and eel."

It said inspectors were sent to the site,after receiving a complaint by citizens who raised concern on social networks. "Theonsite inspection indicates that the waters came from the company EZCManufacturing, which dyes and washes garments, located in the San Pedro deMacorís Free Zone Park.