Pact with Odebrecht a ‘coup’ against Dominican Republic 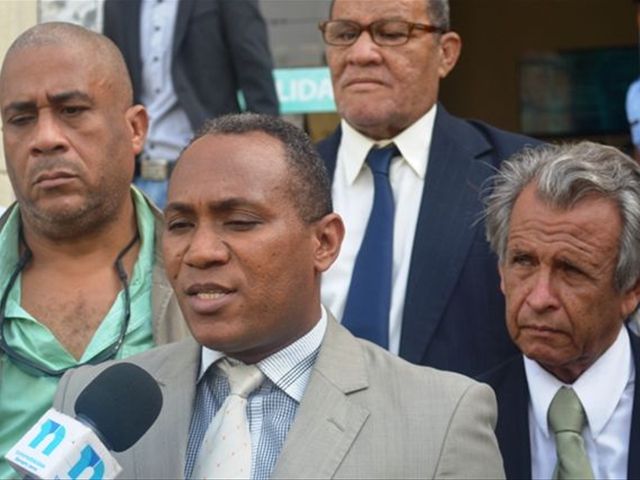 Upon filing the lawsuit before NationalDistrict coordinating judge Alejandro Vargas, the entity called it "a coupagainst the Dominican justice system, if this agreement isn’t declaredvoid."

It said the agreement was submitted lastFriday to be approved by Vargas, despite that the organization had filed acomplaint of prevarication at the National District Office of the Prosecutor theprevious day against the Justice Ministry and a request to challenge theagreement, as well as a charge of bribery against Odebrecht, its generalmanager Marcelo Hofke and local commercial representative Ángel Rondón,.

The CNLCC said it notified Vargas on the twocomplaints today and a challenge to the agreement, which "the Office ofthe Prosecutor deliberately ignored when depositing this agreement before thisjudge."

"In the document handed to Judge Vargas,the group clarifies that it cannot be ignored in this process because it is acase of corruption involving State officials, so it has the quality to claimand be a party under Article 85 of the Dominican Criminal Procedural Code."

It also asked Vargas to designate the judge who’llpreside over case of the complaints and the objection filed by the civilsociety organization and be called to defend its position that the agreementsigned by the Prosecutor and Odebrecht is illegal. "Both the former judgeof the Supreme Court of Justice, Julio Aníbal Suárez and the Institutionalismand Justice Foundation (FINJUS) have publicly reiterated that this agreement isillegal because bribery is a matter of public order that seriously damages thepublic interest as As provided by the Code of Criminal Procedure."

" bribery is also punishable by three to10 years in prison for articles 2 and 5 of Law 448-06 on Bribes in Trade andInvestment, which prevents any negotiation based on the principle ofopportunity contemplated in article 34 of the Code of Criminal Procedure,"the Committee notes.

He also points out that article 40 of the CriminalProcedure Code restricts the conditional suspension of proceedings "incases in which a punishable offense punishable by less than four years inprison or a non-custodial sentence is contemplated."

"By declaring this agreement confidential,the prosecutor is violating article 19 of the Organic Law of the PublicProsecutor’s Office, 133-11, which establishes the principle of probity thatprotects transparency in the actions of public prosecutors, especially if it’sa matter as delicate as the bribe of 92 million dollars and overvaluation ofworks of billions of pesos taken from the pockets of the humble workers of the nation."

"The Prosecutor is obligated to informthe owner of the money of the details of this agreement," the CNLCC said.

"Attorney General Jean Alain Rodriguez isneither competent nor has the authority to have concluded the agreement withOdebrecht, which exonerates this company and its principal representatives inthe country from criminal proceedings, nor to request the Public ProcurementAgency to lift the ban and allow Odebrecht to contract State works and finishthose in process."

"The request by the Prosecutor torehabilitate Odebrecht is violates Public Procurement Law 340-06, especiallyArticles 11, 14, 36, 65 and 66, expressly establishing the lifelongdisqualification of companies that Have contracted with the State in afraudulent way, in addition to leaving without legal effect any contractsobtained with bribes and other illegal actions as has been confessed by thecompany itself," the Committee said.

It said the Justice Ministry wants to preventprosecution of Odebrecht executives and the company, "arriving at anillegal agreement that the Criminal Procedure Code prohibits him and also Law448-06 on Bribery in Trade and Investment."

It said that with the conclusion of thisagreement, Rodríguez has committed prevarication as described in Articles 126and 128 of the Criminal Code.