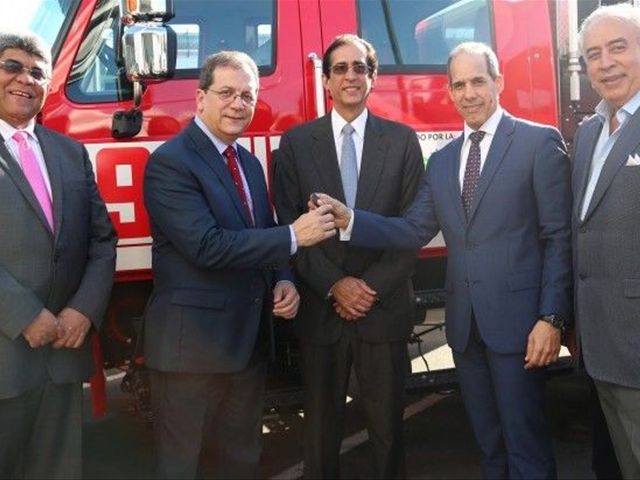 Santo Domingo.- The 9-1-1 National Emergencyand Safety Service received the first three fire trucks from a fleet of seven donatedby the AES Dominicana Foundation to contribute to expand the system to otherareas nationwide.

Polanco said with the new trucks the System countswith 74 fire engines distributed among Greater Santo Domingo, San Cristóbal,Haina and Nigua and soon in Santiago and Puerto Plata. "On behalf of 9-1-1System and especially on behalf of all its users, we thank AES Dominicana forthe donation of these three trucks that will further facilitate the excellentwork that the firefighters are already doing."

In an emailed statement, AES Dominicana said theremaining trucks will be delivered gradually until 2018.