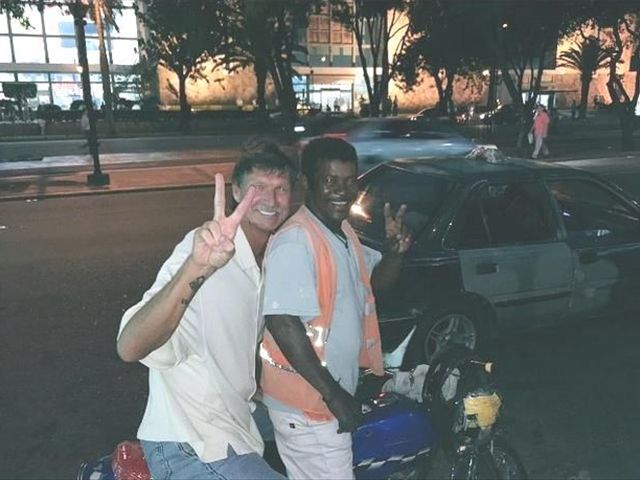 A photo posted on social networks shows "theBig Unit" on the rear of a motorcycle and its driver on one of thiscapital’s main avenues.

The 303-game winner who struck out 4,875batters during his 22 seasons in the Majors is in the country to attend the ArizonaD’Backs’ third graduation for several prospects.