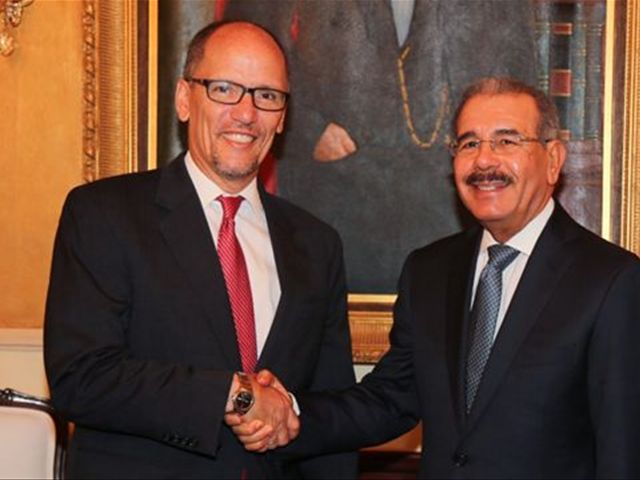 Son of Dominican Republic parents, Perez takes thehelm of a still-divided party stunned by Donald Trump’s victory but hopefulthat it can ride the backlash against his presidency to revival.

The balloting, which carried a measure ofsuspense not seen in the party in decades, revealed that Democrats have yet toheal the wounds from last year’s presidential primary campaign. Mr. Perez,buoyed by activists most loyal to former President Barack Obama and HillaryClinton, won with 235 votes out of 435 cast on the second ballot, according toThe NY Times.