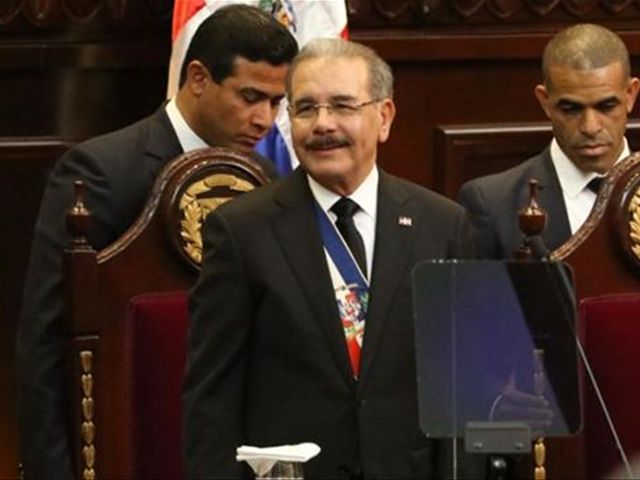 Santo Domingo.- "Ultimateconsequences," Whomever may fall," "No sacred cows," andother kneejerk phrases were at the center of Dominican president DaniloMedina’s speech to the nation to mark Independence Day today Monday, and vowedthat his administration won’t "leave room for impunity in the Odebrechtcase.

In his – hour-and-50 minute address inCongress, Medina said "anyone who has incurred in this scheme of illicitactions will be prosecuted by Justice."

"We’re confident that the ultimateconsequences will be reached, whoever falls," the head of state said, butdidn’t cite any direct actions to quell the frustrated population’s mistrust ina judiciary that seems powerless against the Odebrecht scandal, DominicanRepublic’s biggest bribe and graft case ever.

Although the Brazil-based multinationaladmitted paying a US$92.0 million bribe to Dominican government officials tosecure major infrastructure projects, the alleged ballooned cost to build acoal fired power plant from the initial US$900.0 million to nearly US$2.1billion has sparked demands of a wider investigation.

The questions into the power plant’s allegedirregularities prompted Medina into naming an independent commission to investigatethe entire call for tenders as well as the contract, and should renter itsreport by the end of Febrary.

He said the plea bargaining agreement underwhich the company promised to pay a US$184.0 million fine to the DominicanState is in the process of validation. "The agreement commits it to collaboratewith the investigation and assume the same code of ethical behavior, corporategovernance, integrity and transparency agreed in the Leniency Agreement signedwith Brazil, the United States and Switzerland, countries where it will also beallowed to operate in a conditional manner."

"I want to emphasize, however, that thisagreement doesn’t detain at all the investigation process and the action ofjustice, which must be carried out, with the greatest urgency and efficiency,to its ultimate consequences," Medina said.

He said he’s aware that the country wouldlike the Justice Ministry to hasten the pace and issue the indictments butnoted that the country’s experience with hastily prepared judicial files"isn’t good."

"A hasty and ill-founded indictment,although it would be well received by society and would contribute to raise thegovernment’s popularity could also end up being impunity’s best ally. And wewill not leave room for impunity here."

Medina added that just as he obtained a"fair transaction" in the case of the miner Barrick Gold and therecovery of the lands at Bahia de las Aguilas, the same will occur with theOdebrecht scandal.

In that regard Justice minister Jean AlainRodriguez, when asked after Medina’s speech to comment on the president’sassertion that the investigation progresses, said only that the probe is going"super well."