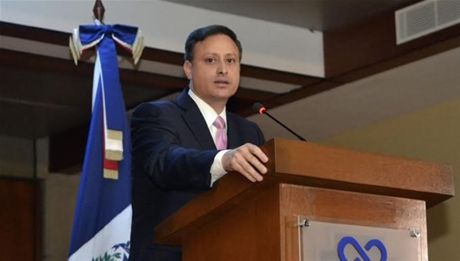 Santo Domingo.-  Justice minister Jean A. Rodriguez on Thursday reacted to mounting skepticism over the prosecution of  Odebrecht’s admitted bribe of US$92.0 million to officials of Dominican Republic’s government, vowing that the “corrupt’s days are numbered.”

He said Thursday’s ruling which rejected the plea bargaining agreement with the Brazilian company won’t change the final result of this case: that the bribers and the bribed are punished as stipulated by law.

Rodriguez said although the authorities evaluate judge José Vargas’ ruling, the next step to take on the plea bargaining agreement will be announced in the coming days.

“I say to the corrupt who received that money not to celebrate the judicial decision on the agreement, because they have their days numbered. Those who betrayed the trust of the people receiving bribes from Odebrecht are going to go to jail,” Rodriguez said.

He said he respects Vargas’s ruling, and despite that it would delay the process a few days, “it will not change the final result.”

Will not stand idly by

The country’s top law enforcer reiterated his vow that all those who took bribes from the Brazilian company will face justice. “If someone thought that we were going to stand idly by without advancing or because of a simple and natural institutional setback, they’re wrong; The prosecution doesn’t stop.”