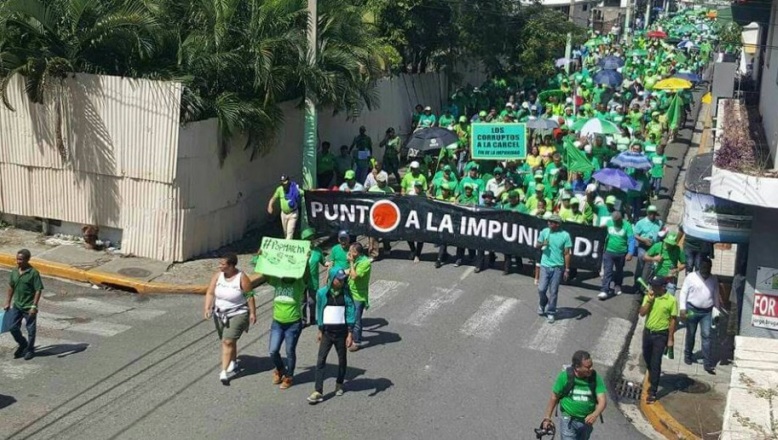 Puerto Plata, Dominican Republic.-  Hundreds of people in Puerto Plata and national leaders of the grassroots “Green Movement” on Sunday staged a march through several downtown streets to demand an end to impunity and corruption,

After several kilometers of walking, riding motorbikes and bicycles, the protestors gathered at Libertad park where several speakers, including Mario Arturo Fernández, of the Green movement in Santiago, said their demands to end impunity and corruption gets stronger with each passing day.