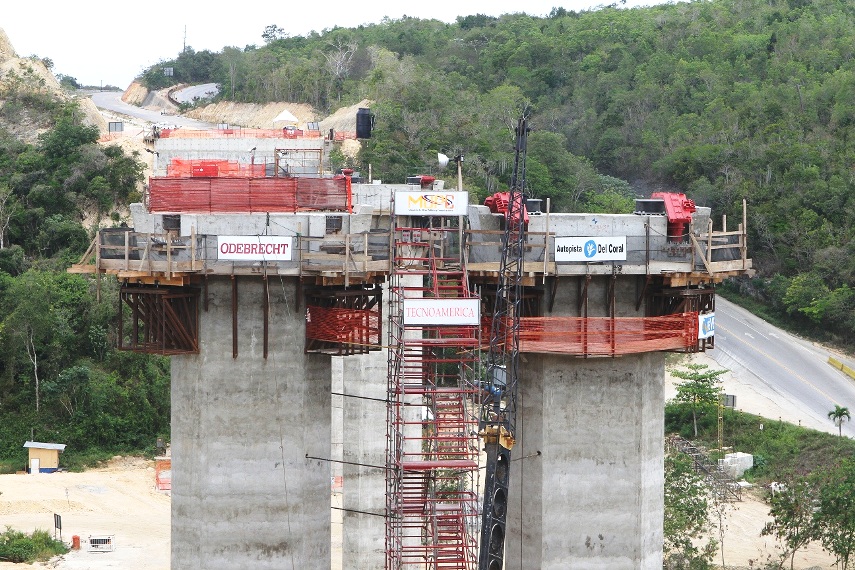 Santo Domingo.- Of the 14 projects managed by Brazilian group Odebrecht during its 16 years in the Dominican Republic, the budgets at least 10 were ballooned by around US$830.0 million more than initially allocated and without justification, as the taxpayers paied the cost of its crimes.

Outlet acento.com.do reports that such is the case of the Norwest Aqueduct, begun during Hipólito Mejía’s Administration (2000-2004), which cost taxpayers US$220.0 million, since its construction was finished at a cost of US$251.5 million, or 14% more than contracted.

The Palomino hydroelectric dam ran similar fate; initially set at US$225.0 million, it emerged at its inauguration that its cost was US$400.0 million, or US$175 million above the initial contract.

Moreover, the Pinalito hydroelectric dam was to cost US$131.0 million, but it was revealed that it was US$300 million when inaugurated, or US$169 million higher, and more than 129% of the initial amount.

Another of Odebrecht’s ballooned works is Northern Road Network (Ecovías) in Santiago, whose estimated cost was US$49.0 million, but concluded at US$138.0 million or 181% more than the initial.

According to the US Department of Justice Odebrecht admitted paying “middleman” Angel Rondon US$92.0 million to bribe Dominican government officials “between 2001 and 2014, and as a result, obtained profits of 163 million dollars.”

The long list of Odebrecht works which cost taxpayers tens of millions of dollars as the result of corruption includes aqueducts, roads, bridges tunnels and overpasses, many built together with the Dominican construction companies Ingenieria  Estrella and Tecnimont.