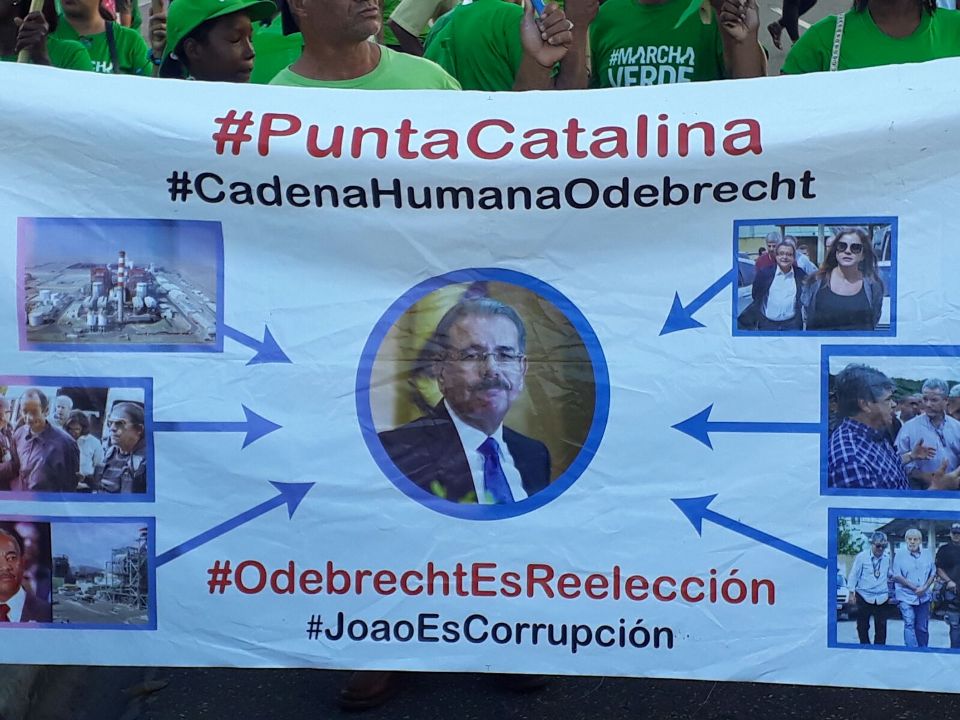 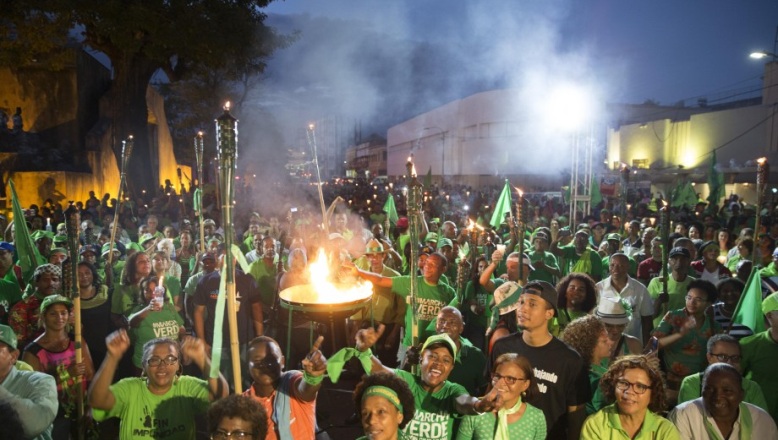 Santo Domingo.-  Hundreds of people from across the country gathered with lit torches at Independencia park Sunday for a concert where several performers sang against government corruption and impunity in the Dominican Republic.

With chants and posters the protesters waved images of political leaders in prison garb, the Green March movement said the protests nationwide reveal the Dominican people’s thirst for justice, as the only guarantee of peace in the Dominican Republic.

The protesters focused their ire on president Danilo Medina and the leaders of the ruling party (PLD), who would be to blame for any upheaval in the country’s current peace and social cohesion.

“We thirst for justice, and with a green flame burning in our hearts, we warn the business, religious, political and social elites of the terrible social, institutional and economic consequences that our country could face if the national leadership maintains an attitude in the face of the greatest corruption scandal in our history,” said group spokeswoman Maria Teresa Cabrera.

She called the fact that personalities of the business, religious and political sector seek to undermine the criminal investigation into the allegedly ballooned cost of the Punta Catalina power plant, “very dangerous.”

“Faced with attempts by political criminals to discredit and silence our legitimate aspiration, we cling to the ardent commitment to maintain constant social mobilization in the streets until the end of impunity,” Cabrera said.