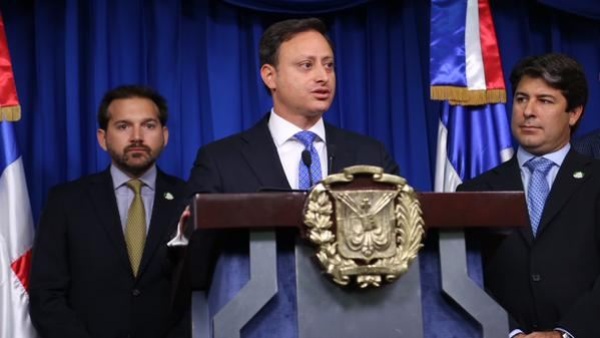 Santo Domingo.- The team of prosecutors in the Odebrecht investigation believes there’s a plot being hatched to discredit Justice minister Jean Rodriguez and abort the investigation.

Sources tell newspaper Listín Diario that the alleged campaign will resort to spreading fake news on social media and the Web.

They said “politicians and business leader who would have criminal responsibility in the bribes that this company admitted to have paid in the country,” are behind the plot.

“It’s a well-articulated plan to discredit the efforts of the Prosecutor’s Office in the Odebrecht case, attacking the reputation of the Justice Minister,” they add.

“The Prosecutor’s stealthy efforts are worrying the promoters of this plan,” because they have been informed that the Office of the Prosecutor is gathering enough information to obtain their arrest and indictment. ”

“We’ve detected precise movements in this regard,” said the source, noting that now “we’re investigating, even if these actors are linked to some of the obstacles that have arisen around the efforts of the Prosecutor.”

The source said the plot’s first step is “the creation, on more than 10 websites, of a false report that Rodriguez owns the company that supplies the materials for the foods served to prisons inmates, managed by the Justice Ministry.”

“Subsequently, this false news about Jean Alain Rodríguez is disclosed by a network of ghost accounts in social networks, coordinated by a mud-slinging campaign expert hired by these business leaders and politicians involved in bribes.”

After those actions, the source added that “they post them in the networks and deceive citizens who, in turn, replicate the information, thus achieving their nefarious goal of positioning them.”

The plot would, “falsify and distribute manipulated photos, create the fiction that is linked to potential defendants and that, therefore, must resign from the position of Justice Minister.”

It also aims to “attack his personal honesty with the proven objective of trying to detract from his credibility when he receives the information he expects from Brazil and submits it to the courts.”