‘Rulings for sale’ trial: bring in Satan if they want to 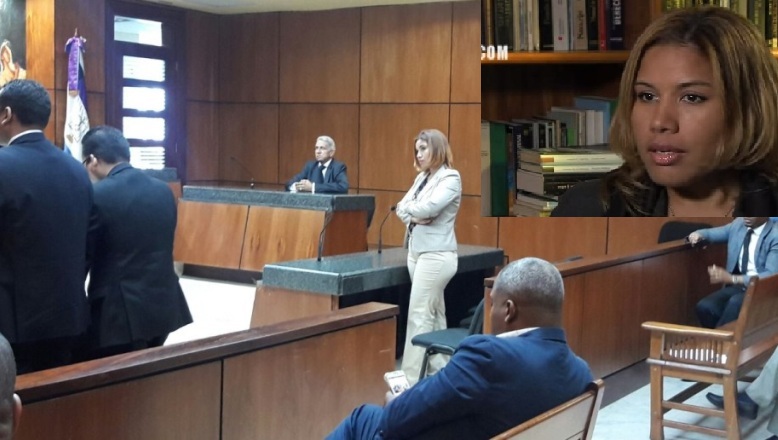 Santo Domingo.- The suspended judge in the “rulings for sale” scandal on  Monday that Supreme Court chief justice Mariano Germán and former Justice minister Francisco Dominguez be subpoenaed as defense witnesses in the disciplinary trial against her, to testify about the money they say she turned over.

Awilda Reyes’s defense made the motion, but was rejected by the Judiciary Council, and warned that she would let her defense “bring in Satan if they want to.”

The setback spurred Reyes to dispense with her attorney, Harold Echavarría, and designate another lawyer, when the trial resumes tomorrow Wednesday.

“Who has the money?,” the judge asked and demanded the presence of her two accusers, to which the prosecution noted that neither Germán nor Domínguez have nothing to contribute to the proceeding, and called a tactic to delay the trial.

She refuted that argument, noting that German “put his pants on and held a press conference and said that I returned a money (of the alleged bribe) that he sent to the prosecutor.”

As for Domínguez, Reyes said he has to be present because it was he who, in record time, conducted the investigation of her case for which she’s charged with stealing.

“He (Dominguez) has to explain to us how he did that feat; That he can tell us how he came to that conclusion and also offer the technique for some tremendous cases that are pending and there is no investigation, ” Reyes said.

“If they’re so sure that their investigation is not going to fall, I’ll let the defense bring in Satan if they want to.”