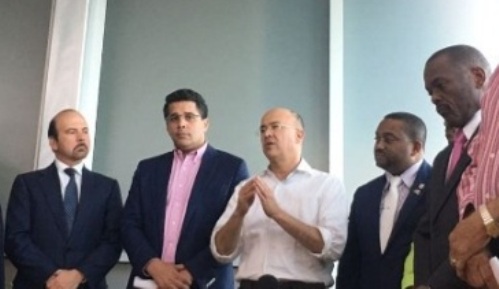 Santo Domingo.- Following the deal struck Thursday between the contractor Lajun Corp. and Greater Santo Domingo’s mayors, the processing of trash at Duquesa landfill is back to normal.

The dispute over the garbage collection in the Greater Santo Domingo began last week when Lajun raised the fee per garbage truck to the cities and limited the operating hours to just from 6am-to 7pm.

Environment minister Francisco Domínguez on Thursday announced a commission created with all the parties involved in the system represented, and that an international agency will collaborate to identify the landfill’s financial situation and the reasonable cost for the garbage collection service.

“The team will also define the line of action to establish adequate prices in the short, medium and long term, with the aim of ensuring that Duquesa meets a minimum of environmental conditions.

For its part, Lajun will immediately have to increase the equipment necessary to handle the flow into Duquesa once it receives the payment from the four city halls.

“In terms of a month we would have a definite agreement between Lajun and all the actors, until reaching immediate solutions in the long term,” the official said.