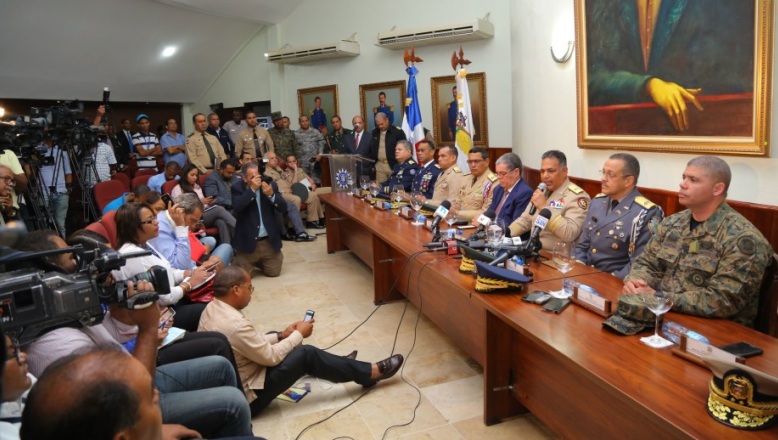 Santo Domingo.-  The ministries of Interior and Police, Defense, and the National Police on Wednesday announced joint patrols by all specialized forces and law enforcement agencies, to reduce crimes “to its minimum expression” and guarantee public safety.

The operations, to start 5am tomorrow Friday includes the participation of SWAT, Lynx and Gopher units of the National Police and from Armed Forces units.

In a Defense Ministry press conference ministers Carlos Amarante, Interior and Police, and Rubén Darío Paulino, Defense, along with National Police director Nelson Peguero also announced random checkpoints with a “crime map,” to search vehicles specially motorcycles “according to the profile of suspected vehicles” and their drivers.