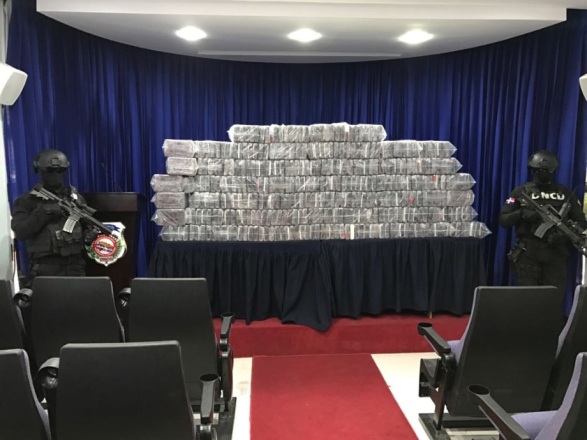 Santo Domingo.- The National Drugs Control Agency (DNCD), and prosecutors on Friday seized 390 bricks of cocaine or heroin, inside a container in the National District, bud didn’t specify the site.

The agents and judicial officials proceeded to open the container and found the drugs.

It said so far more than 12 people have been interrogated to determine the cargo’s source destination.

“It is an investigation that has just begun and in order not to obstruct the course of the investigations, the DNCD will in due course offer further details regarding the confiscation of the drug,” the press release said, adding that he 390 bricks were sent to Forensics (INACIF) for verification.