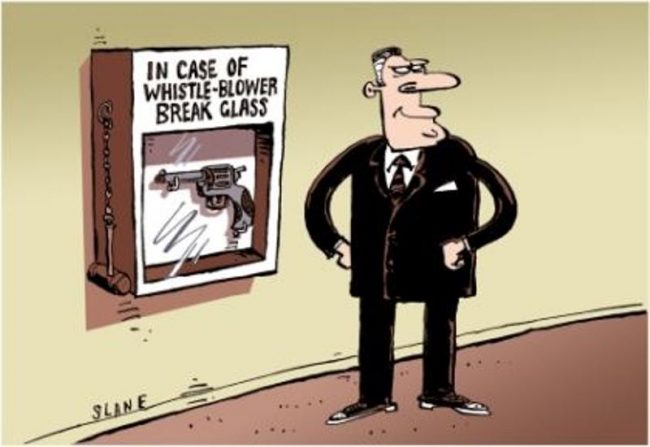 Cartoon Roar.lk Sri. In many countries, whistleblowers who expose corruption and wrongdoing do so at great personal risk.

Santo Domingo.- While Dominican Republic’s biggest-ever corruption scandal rocks the country, the Chamber of Deputies debates a bill to protect the identity of people who serve as witnesses in cases of graft by government officials .

The initiative, which aims to guarantee personal and workplace rights of whistleblowers will be debated in the next session of the lower Chamber.

The proposed legislation aims to shield the identity of whistleblowers, even if it’s requested via the Free Access to Information Office.

When the complaints are of an administrative nature, the Office of the Comptroller General will protect the whistleblower, and If it’s of a criminal nature, it will be up to the Justice Ministry.

“The denunciation of acts of corruption is the free and voluntary action to make the competent authorities aware of an act of corruption for its later classification, investigation and sanction. It may or may not be accompanied by an express request for protective measures,” says article 7 of the bill.