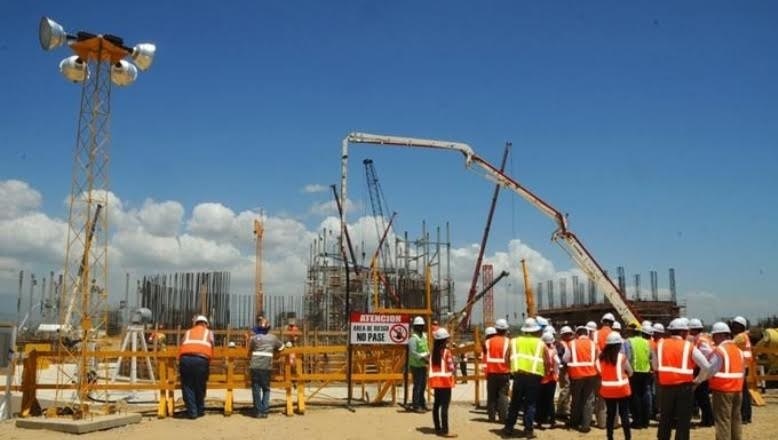 Bani, Dominican Republic.- National Police and soldiers halt vehicle traffic of all to the towns of Catalina and Carretón, including the site of the power plant being built at Punta Catalina.

The Punta Catalina power plant is at the center  of the US$92.0 million bribe which the Brazilian company Odebrecht admitted paying Dominican government officials to secure lucrative construction contracts.

The measure appears to be the result of a stoppage by Colombian and Dominican workers over the weekend near the plant o demand inclusion into Social Security, a salary increase and the rehiring of laid off employees.

Colombian national Oscar Lemus said they work in deplorable conditions and revealed that already a coworker had lost his life as a result of lack of safety at the site.

Union leader Rafael Pepe Abreú went to the spot amid the protests and managed to meet with project executives, after which work was back to normal Monday morning as trucks hauled materials to the site.