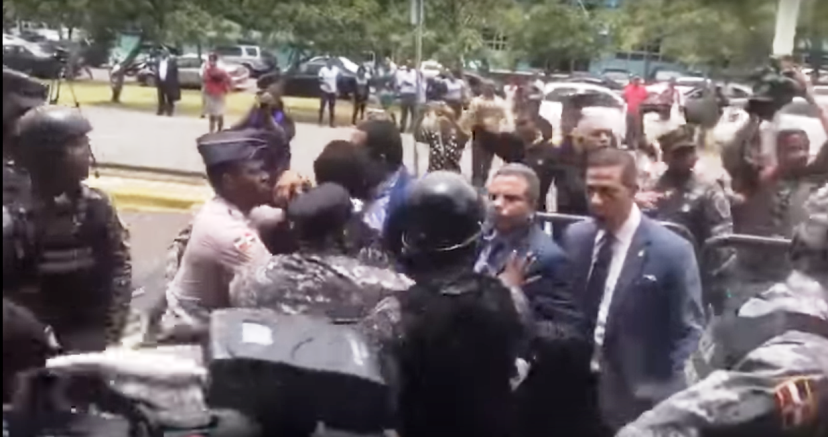 Santo Domingo.- By firing tear gas and pushing and shoving lawmakers, the National Police at midday Tuesday kept a group of deputies from entering the Justice Ministry, where members of the     leftist group Falpo started to set up a campsite as a vigil to await the release of the names of officials bribed by Odebrecht .

After around a half hour of scuffles the lawmakers returned to Congress while antiriot police maintain the perimeter around the government buildings at Centro de los Heroes (La Feria).