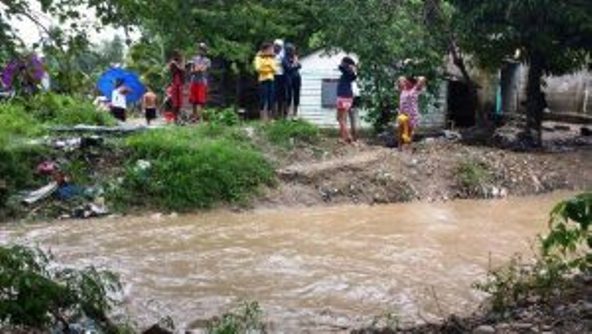 Puerto Plata.- For the fourth time in as many months, the downpours over the last hours have punished Puerto Plata and adjacent provinces have led to flash floods which damaged dozens of houses.

In several districts in the low-lying part of the city were totally flooded when several creeks overflowed their banks and even the road to the entrance of the cable car and the Technological University formed what diariolibre.com reported “like a sort of dam.”

Meanwhile flooding from the swelled Caonao River in Guananico damaged some 60 homes, as families lost much of their belongings.

Flooding in the sectors Samán, María Auxiliadora, and San Antonio in Valverde province (northwest), when the Maimón river overflowed its banks, while in nearby Laguna Salada, some 80 homes were also damaged from flooded by the downpours which lasted several hours Tuesday night.